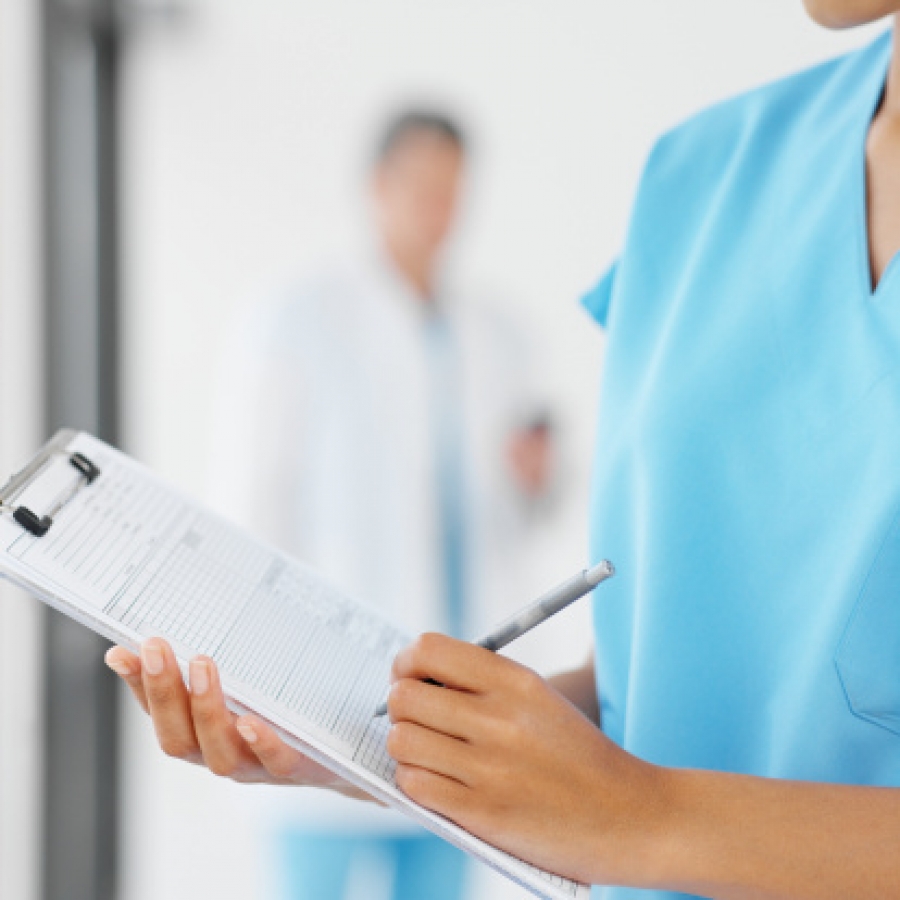 When medical errors cause lasting injury, the patient can sue both the doctor and the nurse. This can result in a medical malpractice lawsuit. Nurses who have been through this experience describe it as extremely difficult; as difficult as other catastrophic life events such as death, divorce and job loss. The experience of being sued affected their work life, personal life, health and wellbeing. Emotions such as shock, shame, anger, depression and fear were common. Many nurses felt so isolated by their peers that they left their jobs. You don't want this to happen to you.

The outcomes of malpractice lawsuits affect patients, healthcare professionals, public funding and the institutions that provide healthcare. But a workplace culture of denial and shame can keep us from talking about the errors that lead to lawsuits, or using them to learn and improve. So let's start a conversation about the most common nursing issues that result in malpractice lawsuits with a goal of gaining knowledge, avoiding errors and improving patient safety. Because really, isn't that why we're all here?

This article will focus on the source of more medical malpractice lawsuits than any other; communication. Communication issues are so common that research shows that as many as 70% of medical errors involve some form of communication breakdown between the doctor and the nurse. The courts view communication as a critical part of any nurses' job. The nurse is seen as 'the eyes and ears' of the often absent doctor and it is accepted that doctors rightly depend heavily on nurses to keep them fully informed of the patients' condition. The nursing and medical experts who review malpractice cases say that nurses are required to relay important information to the doctor according to hospital policy and the standards of care, and then to document that they have done so. Professional associations direct nurses to communicate appropriate information to appropriate members of the healthcare team through designated channels.

Throughout my career as a Legal Nurse Consultant, I have reviewed more than 1000 medical malpractice lawsuits many of which focused, in part, on what the nurse did or didn't tell the doctor. The most common scenario involves a change in a patients' condition, and either no communication with the doctor or a phone call followed by documentation that simply states 'doctor aware'. The nursing notes do not say what doctor is aware, what they were told or what their response was. If the patient later develops an injury and launches a lawsuit, the doctor will often say 'Yes, the nurse phoned me. But she didn't tell me how serious the situation was. If she had, I would have attended to the patient immediately.' Without supportive documentation in the medical record this can result in a showdown of the nurses' word against the doctors'. It will be up to the judge to decide who said what and whether or not the nurse met the standard of care. Let's learn more about this from a medical malpractice case involving a lack of communication between a doctor and a nurse.

One summer evening at 7:38 p.m.17 year old Will Johnston was struck by a car as he crossed the street on his skateboard. The force of the impact fractured his Right tibia, threw him onto the hood of the car and smashed the windshield. He was taken to the E.R. by ambulance where it was noted that his right leg had an obvious deformity and his right calf was very swollen. The toes on his right foot were cyanosed. His foot had normal sensation but limited movement and decreased pulses. Will was in a lot of pain and had multiple doses of IV Morphine.

At 1:45 a.m. Nurse Donna documented that Will was awake, swearing and complaining of 'excessive pain'. His Right toes were described as 'pink and warm' with normal movement. Nurse Donna noted that Will only had 'fair relief' from the multiple doses of IV Morphine he had been given post operatively.

At 2:00 a.m. Nurse Donna documented that that Will was awake and oriented. The color, sensation and movement to his Right foot were described as 'good' with a capillary refill time of less than 3 seconds. Will was noted to have 'severe weakness' and tingling in his Right leg. Overnight, Nurse Donna documented information regarding Will's medications, intake and output, but there was no further assessment of the color, warmth, sensation and movement of Will's foot for the remainder of her shift

At 8:00 a.m. day shift LPN Lucinda started her shift. She described Will as confused. He was not able to correctly identify the month or where he was. He only opened his eyes when was spoken to. His Right leg was again noted to have 'severe weakness' and he refused assistance with bathing stating 'Leave me alone!'. Serosanguinous drainage was noted on pillow underneath Will's leg.' Nurse Lucinda did not document color, warmth, sensation or movement.

At 9:20 a.m. Will was noted to be 'yelling and complaining of pain'. Nurse Lucinda documented that she reassured Will's parents that the amount of pain and drainage were 'normal for the surgery'.

At 12:00 noon, Nurse Lucinda documented; 'Right leg remains in slab cast, small amount of sanguinous drainage on upper side. Foot cool, toes swollen and dark, patient states is not able to wiggle toes because it hurts. Has tingling sensation. Will monitor.'

At 1:00 p.m. Physiotherapist Steve arrived to teach Will how to walk with crutches. He described Will as 'anxious ++, yelling out when moved'. He refused to get out of bed.

At 1:25 p.m. Orthopedic Resident Dr. Smithson arrived on the nit. He noticed that Will had decreased sensation in his Right foot and was unable to point or flex his toes. Dr. Smithson removed the cast, measured the pressures in the calf muscles and diagnosed post traumatic Compartment Syndrome. Will was taken back to the OR for fasciotomies to relieve the pressure. Following surgery, he developed multiple complications. The leg became infected and necrotic in spite of surgical intervention and arterial grafting. 14 days later, it was amputated below the knee.

Will remained in hospital for several weeks. 18 months after his discharge, his family filed a multimillion dollar lawsuit against the doctor and the hospital claiming, among other things, that Nurse Donna and Nurse Lucinda failed to communicate important information to the doctor or the charge nurse. They claimed that the standard of care required them to tell someone about Will's pain, weakness, sensory loss and color change. They also indicated that if the doctor had been called earlier, Will would not have lost his leg. Do you think the nurses met the standard of care? And how did this lawsuit turn out? Go to website www.CLPNA.com/ to learn the end of this story.
This article was written by Chris Rokosh RN, PNC(C), Legal Nurse Consultant and president of CanLNC Incorporated. Chris is a popular speaker on legal issues in nursing across Canada and in the US. If you want more on this topic, see the ad in this magazine for dates and locations of upcoming Executive Links workshops on Legal Issues in Nursing featuring Chris Rokosh.
Conclusion; for the CLPNA website

Compartment Syndrome is a potentially life threatening condition caused by high pressure in a closed fascial space. The most common site of compartment syndrome is the lower leg (Abramowitz and Schepsis 1994) and young men with traumatic soft tissue injury are known to be at particular risk (McQueen et al 2000). It is a potentially devastating complication of tibial fractures and requires prompt recognition and intervention; as early intervention is critical to avoid permanent damage to the muscles and the nerves.

Symptoms of compartment syndrome may include pain that is disproportionate to the injury, pallor of the affected limb, altered sensation (numbness, tingling), tension of the affected muscles, pulselessness below the level of the swelling and, as a late sign, paralysis. Postoperative narcotic administration may mask the pain which is often the first symptom of compartment syndrome. Therefore it requires careful monitoring for the other symptoms.

The nursing plan of care for a patient with a traumatic fracture of the tibia must include, among other things, knowledge and awareness of the possible development of compartment syndrome along with careful and frequent monitoring of the affected limb for color, warmth, sensation, movement and pulse strength. Monitoring may be required as frequently as every hour, but certainly every 4 hours in the early postoperative period. Monitoring guidelines are often established by hospital policy or care plans or may be provided by Doctors' Orders.

Signs and symptoms of compartment syndrome must be reported immediately to the charge nurse and/or responsible physician. The nursing standard of care would be to notify the physician immediately, requesting a 'hands on' assessment of the patient. The nurse must provide an accurate clinical picture of patient status and raise the level of concern. If the physician does not respond promptly to the nursing request for assessment, the nurse must act in the best interest of the patient and persist in finding appropriate medical attention. This may require repeated pages/phone calls to the physician, refusing to take Doctors orders over the phone, notifying the nursing supervisor or accessing the appropriate 'Chain of Command'.

The lawyer representing Will in this malpractice lawsuit asked other nurses to review the medical record to determine whether or not Nurse Donna and Nurse Lucinda had met the standard of care. Their opinion of was that Donna and Lucinda had not meet the standards in two important areas; by not assessing Will's leg as thoroughly and frequently as required by hospital policy and by not reporting his pain, weakness, color change and sensory loss to the charge nurse or the doctor. Their opinion was that Nurse Donna should have reported these changes no later than 2:00 a.m. she documented that that Will had severe weakness and tingling in his Right leg. Since this did not happen, their opinion was that Nurse Lucinda should have performed a full assessment the leg at 8:00 a.m. and asked the doctor to see Will right away.

The reviewing nurses said that these failures represented a lack of nursing knowledge and critical thinking as well as a failure to meet the standard of care. They also said that the lack of communication contributed to a delay in treating Will's compartment syndrome which ultimately led to the loss of his leg. Based on this information, the case settled out of court for an undisclosed amount of money. The doctor in this case was also sued, but 'let out' of the lawsuit when it was discovered that he did not know that anything was wrong with Will's leg because the nurses had not communicated with him. By the time the resident examined Will on rounds, the compartment syndrome had already caused irreversible damage.