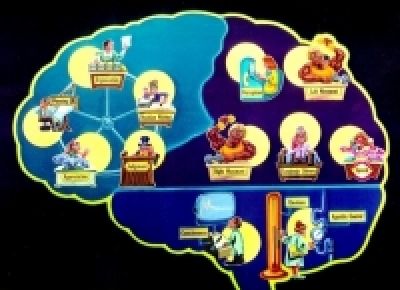 This white paper is the first of three parts on the complex functions of brain, what happens when an injury is acquired and how to care for and manage a life-changing brain injury.

The motor vehicle related accident clients that we at Connect Experts see with ABI have often resulted from a Traumatic Brain Injury and thus ABI’s that have resulted from a TBI will be the focus of this document. 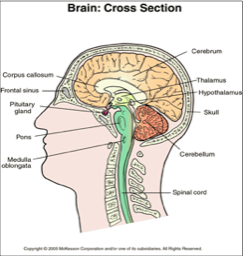 Acquired Brain Injury (ABI) is a life-changing event for the client, families, and their community. An ABI can affect all aspects of a person’s life including physical, emotional, psychosocial, and vocational potential. The impact can be pervasive and devastating.

Statistics continue to reveal the magnitude of injuries including ABI in Ontario. The Ministry of Health of Ontario (2007) has published some current statistics in regards to injuries that occur within our province. The lists below provide statistics, injury rates and oepidemiological data on TBI (ERABI, 2006).

Anatomy and Physiology of the Brain

The brain is the control centre of our Central Nervous System (CNS). The CNS consists of the brain, spinal cord and the peripheral nervous system (PNS). Together they control all aspects of daily living which includes: walking, talking, breathing, swallowing, taste, heart rate, thinking function, emotions, intellectual (cognitive) activities, learning, memory, how we perceive and understand our world and its physical surroundings. The amount of impairment a person will have following an ABI will depend on the type, location, and severity of the brain injury. 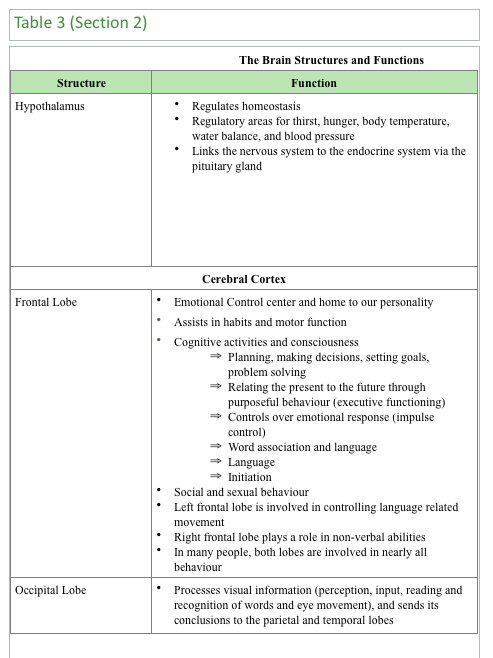 The anatomy of the brain consists of a

The brain is a unified whole, however areas have been identified within the brain that perform specific functions. The three identified areas are central core, limbic system, and cerebral cortex. The central core consists of thalamus, Pons, medulla oblongata, cerebellum, and reticular formation.

The five regions of the central core are responsible for life processes such as breathing, pulse, arousal, movement, balance, sleep, and the early stage of processing sensory information.

The cerebral cortex is divided into almost two symmetrical halves called the cerebral hemispheres with each hemisphere containing the four lobes.

These lobes oversee conscious experiences such as perception, emotion, thought and planning and unconscious cognitive and emotional

processes. Table 3, above and right, describes the specific function of the components of the central core, limbic system, and cerebral cortex.

The brain is housed in the cranial vault. The contour of the inner aspect of the vault (skull) is variable. The occipital area (back of the skull) is smooth, however, other areas are highly irregular as in the frontal-orbital and temporal area. The bones also are etched tracts for major blood vessels. The middle meningeal artery is located on the temporal bone. 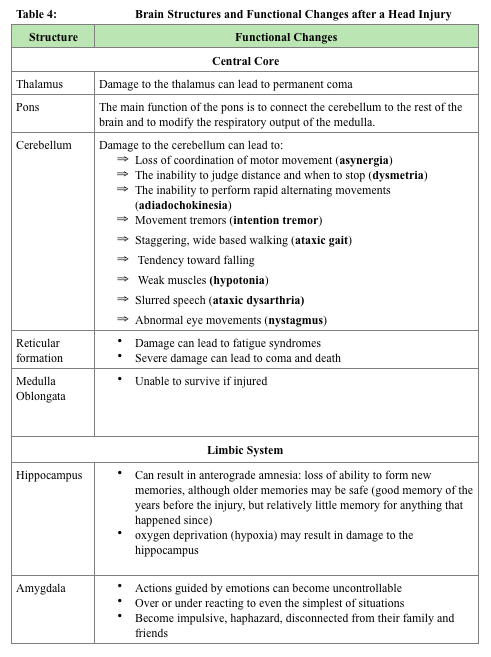 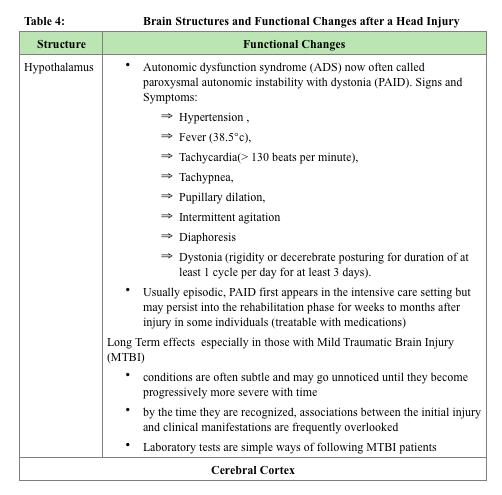 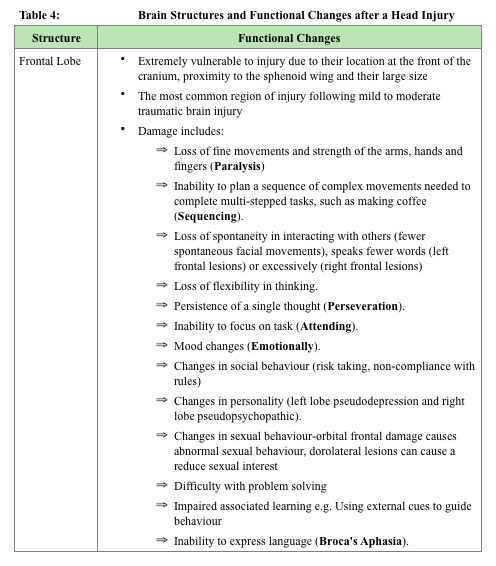 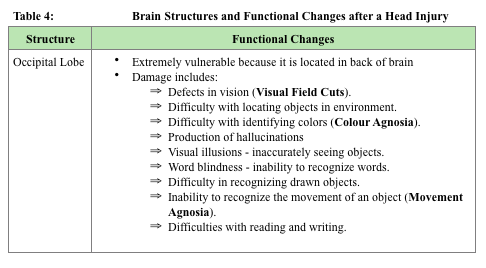 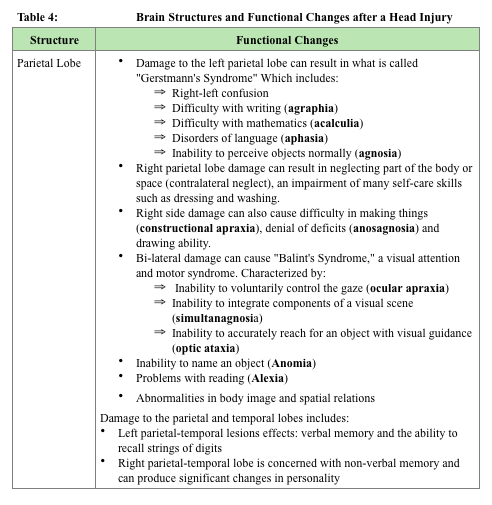 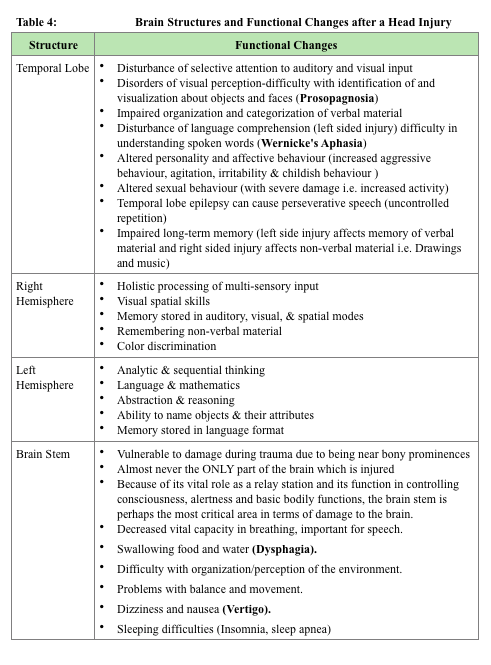 Discovering Psychology (2008). The human brain. Retrieved on March 3, 2008 from http://www.learner.org/discoveringpsychology/brain/brain_flash.html.

Ministry of Health Promotion (2007). Ontario's injury prevention strategy: Working to together for a safer, healthier Ontario. Retrieved February 20, 2008, from http://www.mhp.gov.on.ca/english/injury_prevention.pdf