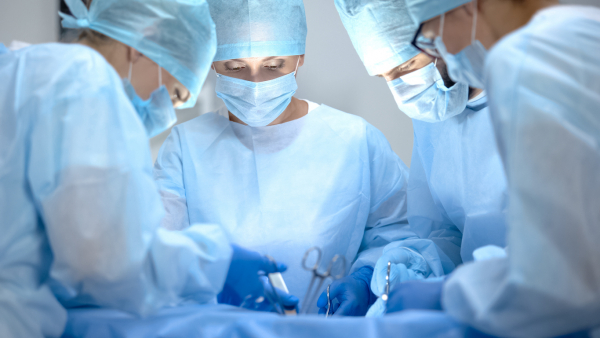 They can be discovered months or even years after the initial procedure and cause significant morbidity, serious infection and mortality. The risk is higher for obese patients, during abdominal surgery and lengthy operations involving multiple surgical teams. The risk for retained items is 9-fold higher during emergency surgeries and 4-fold higher when an unexpected change of procedure takes place.

These errors occur most commonly in the Operating Room, Labor and Delivery rooms and procedural areas. In 2011, Canada was found to have the 3rd highest rate of retained foreign bodies in the world at 9.7 per 100,000 hospitalizations or nearly 200 per year. Our accidental puncture rates during surgery were the highest among 17 countries and more than three times as high as the rates for Britain and the U.S. In our defense, Canadian healthcare coding standards, which are mandated by provincial ministries of health, may lead to higher reporting of these incidents. But for a problem where the only acceptable rate is zero, our rates are high.

In October of this year, the US Joint Commission issued a Sentinel Event Alert recognizing the significant morbidity and mortality associated with retained surgical items. These alerts focus on adverse events, identify their causes and recommend steps for improvement. Of the 772 incidents reported from 2005-2012, 16 resulted in death, and 95% required an extended hospital stay or additional medical care. The average total cost of care was estimated at nearly $200,000 including legal defense and medical costs.

The task of counting surgical sponges is the biggest problem, with an estimated error rate as high as 10% to 15%. The medical record often won't reflect the incorrect count but sponges are left in the body so often that there is a term for it; gossypiboma. The word is derived from the Latin word gossypium (cotton or cotton wool) and the suffix oma (tumor or growth).To learn more on how OR nurses should perform the surgical count based on Operating Room Nurses Association of Canada (ORNAC) standards click on the video below.

Contributing factors to retained surgical items include a failure to comply with existing policies, problems with hierarchy, failed communication and insufficient education. Joint Commission recommendations for improvement include that 2 staff always perform audible and visible sponge counts before each procedure and at defined milestones; typically happen at the closure of a cavity within a cavity, before the fascia is sutured and when the skin is closed. When the surgical count is discrepant, the entire surgical field should be X-rayed and the films interpreted by a physician before the patient leaves the OR.

Advanced technology may also be a part of the solution. Surgical instruments and supplies made of radio-opaque material and sponges tagged with radiofrequency identifiers can help. There's no replacement, however, for teamwork and communication to prevent surgical errors. The commission recommends that OR teams conduct a briefing before each procedure, sometimes called a surgical pause or time-out, and perform a debriefing afterwards during which any member can raise safety concerns that occurred during the procedure.